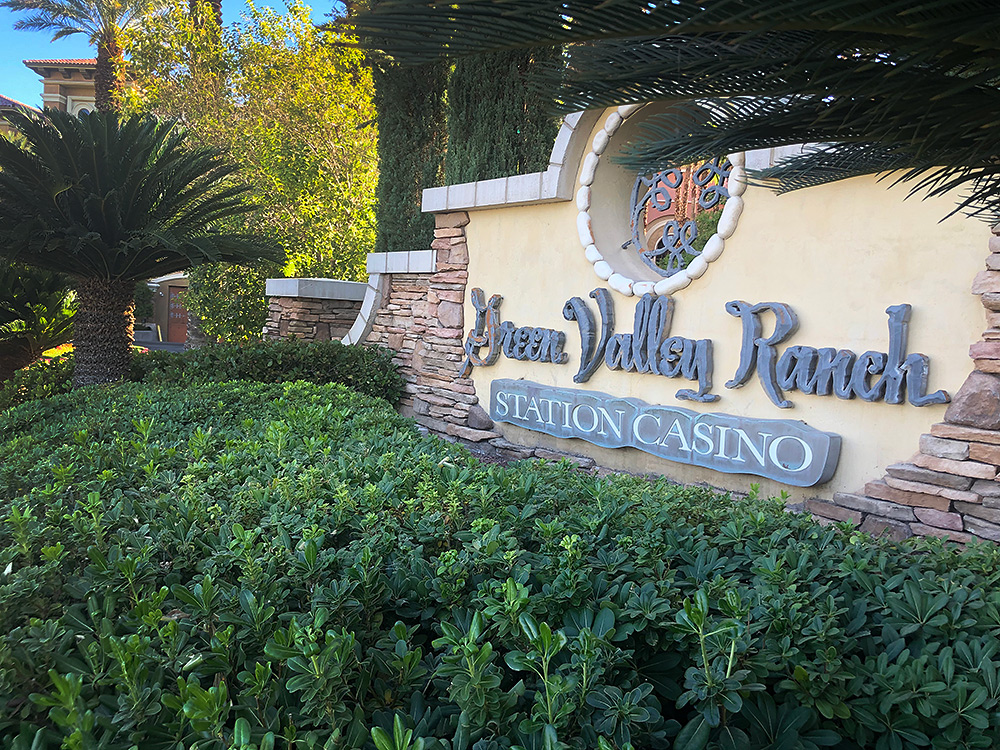 This is a story about Katie Howard’s final days on Earth.

It’s a sad tale, certainly for everyone who knew her, especially her family, and an ending that at least one central player in all of it, Brian C. Padgett, you would think would have a little more remorse and empathy.

This story is recreated according to official documents and recordings we received anonymously. 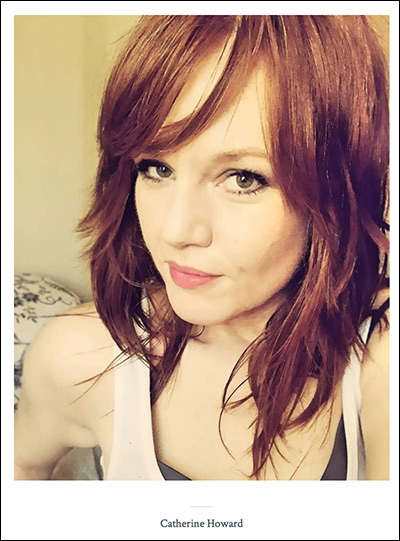 Katie Howard was only 38 years old. She was born in New York and given the name Catherine Bridget Howard. She grew up in Virginia Beach, Va. Everyone came to know her as Katie. She was one of four children born to her parents, Maurice and Margaret Howard.

She eventually left Virginia Beach and spent most of her adult life living in Las Vegas. Katie worked at the Smith & Wollensky steakhouse on the Las Vegas Strip as a server, according to Georgene “Gigi” Bratta, who lives in a modest home on Moyer Drive in the Henderson area. Gigi met Katie when she was a server at Smith & Wollensky’s, one of the top steakhouses in Las Vegas. Gigi and Katie became friends and remained friends for several years leading up to the date of Katie’s death, on June 25, 2017. In fact, Gigi would eventually take in Katie and allow her to live in a bedroom in her home when Katie apparently fell on hard times and had no where else to go. Katie moved in with Gigi about a month before her death. 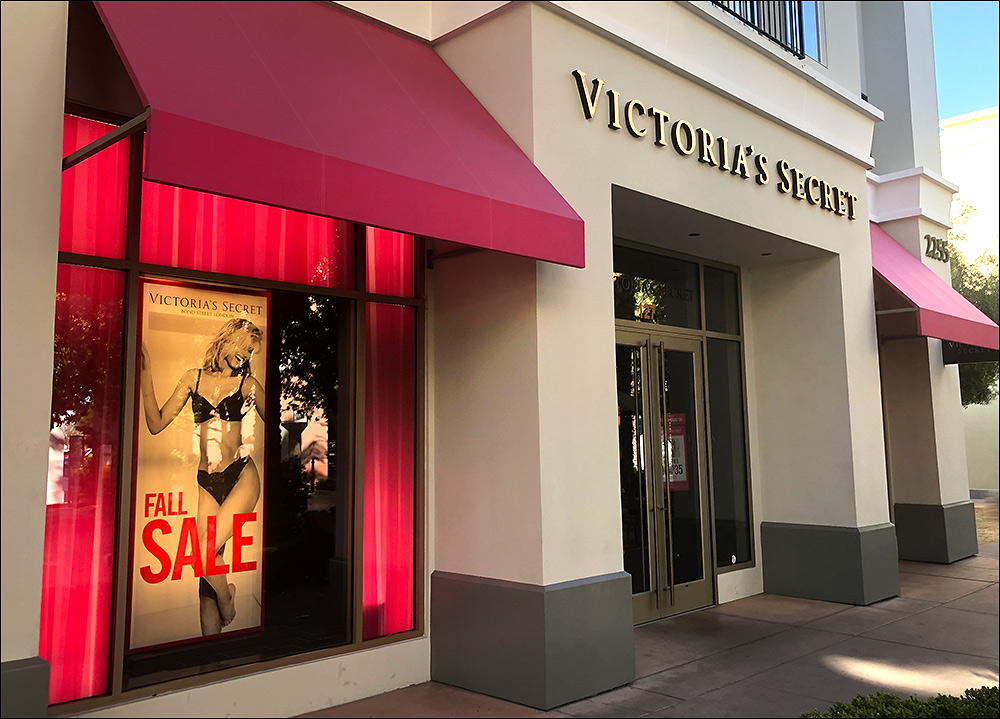 The Victoria’s Secret in The District at Green Valley Ranch – where Gigi Bratta would last see Katie Howard alive.

Katie also met Brian C. Padgett while she was living in Las Vegas and the two began a friendship. Padgett is a Las Vegas attorney who specializes in cases of eminent domain, and he also had been running a marijuana business. Katie and Brian first met at a Rum Runner Bar a few months before her death. Rum Runner is the kind of place you go to watch sports on TV, build a $5.99 burger or grab some wings or pizza, and play pool or darts. It’s a pretty typical, family-run bar with plenty of bar-top digital poker machines.

The following is pulled together from a set of anonymous official records we received. We’ve done our due diligence and believe these to reflect the facts of the death of Katie Howard on June 25 and in the days leading up to that:

In the months between their meeting and Katie’s death, Brian said the two of them had become close friends and that he cared about her very much. He said, however, that they did not have a romantic, sexual relationship, that it was only platonic. 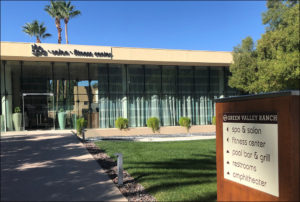 A few days before her death, Katie apparently had ants swarm her bedroom at Gigi’s Henderson home. As a result of that, Brian rented a room (in his name) for Katie on June 23 at Green Valley Ranch – a luxury resort, spa and casino also in the Henderson area, just a few minutes southeast of the Vegas Strip. Although he said he never went in the room, he said he thought it was sub-par for the resort and rented a different room for Katie for the night of June 24. Brian also allegedly paid for Katie and Gigi to get massages and get their nails done at the Green Valley Ranch Spa that day.

Gigi said she dropped Katie off at Victoria’s Secret that day in an area known as The District at Green Valley Ranch. It’s directly to the east of the main set of buildings that are Green Valley Ranch (GVR), which include the casino, hotel and spa. A couple dozen or so high-end shops, restaurants and other businesses line each side of the cobblestone street – Village Walk Drive – that runs through The District at GVR. When Gigi dropped Katie off at Victoria’s Secret, she didn’t know it would be the last time she would see Katie alive. After dropping off Katie, Gigi left The District and spent the evening with her boyfriend in a room at the MGM Grand on the Strip. 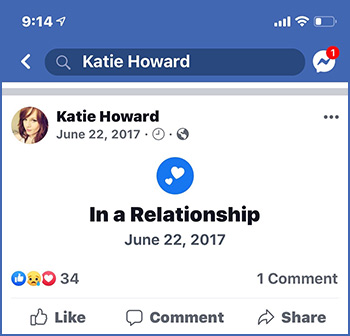 Two days before her death, Katie Howard publicizes that she is “in a relationship” on social media.

Apparently at around midnight on the 24th, Brian met Katie at GVR and picked her up to go back to the house at Moyer Drive, where she was staying with Gigi. Gigi wasn’t home that night, having gone to the MGM, and Brian said Katie told him she had a surprise for him. Allegedly, Brian thought the surprise reference might be that perhaps Katie was ready to take their relationship beyond the friendship stage and have a sexual encounter; or perhaps drugs, he allegedly thought. He said that he and Katie went to the bedroom Katie was living in where she disrobed down to her lingerie and where they proceeded to snort cocaine. Brian told police he had seen Katie use cocaine about a half a dozen times before.

However, after ingesting the cocaine, Brian alleged that he and Katie did not have sex, as he said she had become preoccupied with some sort of water problem in one of the bathrooms. She left the bedroom to investigate. Brian then, allegedly, fell asleep.

When he woke up, he allegedly said, he found Katie lying at the foot of the bed. He apparently could not rouse her, and said he began performing CPR for an extended period of time. He gave up, allegedly, when he could find no signs of life after this extended period of performing CPR. He then, according to the official anonymous records we reviewed, moved her onto the bed, laid her down in a sleeping position, and covered up everything but her face with blankets.

Now what does Brian do?

He left, according to the documents and other records we have collected, and a somewhat confusing time began. This is happening early on the morning of June 25, apparently sometime around 4:30 am or later. (Brian said he woke up between 3 and 4:30 am, which is when he discovered Katie’s body at the foot of the bed.) Brian said he didn’t know what to do and left in his car and called someone he uses for security, Ian Richie, to discuss. Allegedly Ian told Brian to call the paramedics and the police. Brian didn’t do this.

He apparently returned to Moyer Drive sometime later and encountered another roommate living at the house, who by now was awake, Thomas Wiggins, who was in his early 60s. According to the reports, Brian told Thomas what happened, and Thomas became very upset (to the point that Brian said he though Thomas would hit him) and insisted they call 911. This was at about 6:30 am. The two got into a heated argument because Thomas allegedly thought Brian was responsible for Katie’s death. Brian argued they should call Gigi first, as it was her house. From between approximately 6:30 am, which Thomas said was about the time he woke up, until about 7 am, the reports show that upon the police examining Brian’s phone, they counted six calls from Brian to Ian and several calls to Gigi. Also during this time, according to the reports, Brian had received a number of messages from women he was having sexual encounters with as they allegedly contained videos showing sex acts and references to sex acts performed with Brian as well as references to using cocaine. 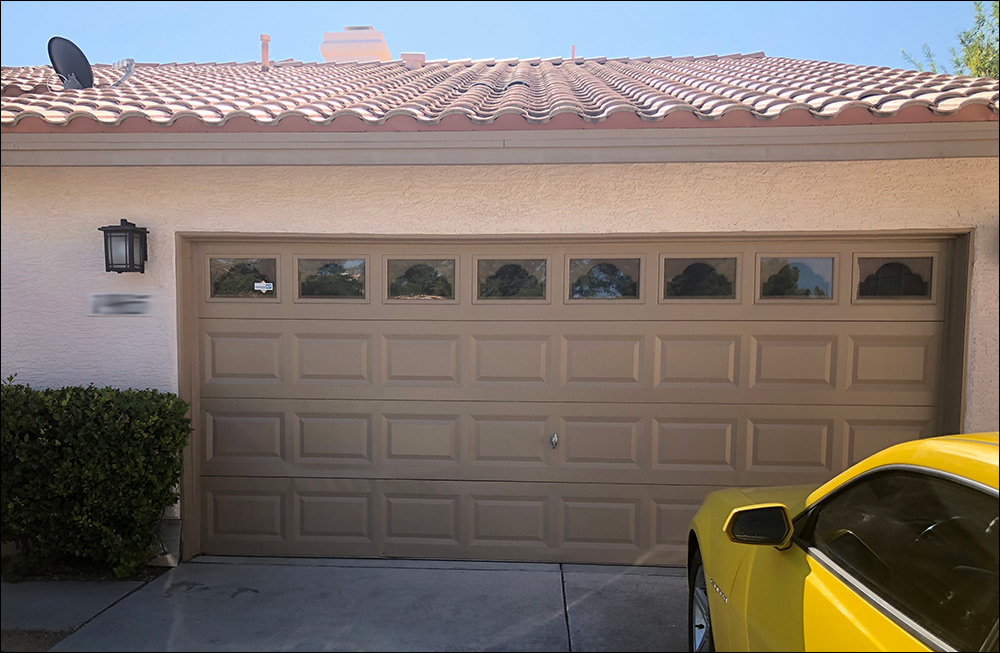 The garage at the house on Moyer Drive, where Brian Padgett was photographed with a swollen lip by police. The yellow Camaro noted in the official reports we received can be seen parked in the driveway.

The police arrived and began interviewing and documenting evidence at the house on Moyer Drive. According to the reports, they saw Katie lying in bed. When they examined her, they saw evidence of lividity, which occurs when someone’s heart stops beating and blood pools, causing a purplish red discoloration of the skin. They also found suspected cocaine on the dresser next to the bed Katie was lying in as well as foil with burnt residue and cut straws nearby consistent with heroin use. There also were a number of prescription medication pills in Katie’s purse.

Police photographed Brian in front of the garage doors of the residence because of a swollen and distended lip he said he got from giving Katie mouth-to-mouth resuscitation when his lips bumped her teeth. However, Thomas told police that Brian told him he wouldn’t do mouth-to-mouth because of the sore on his mouth.

Autopsy results came several months later. It showed that the cause of death of Katie Howard was due to combined cocaine, methamphetamine, and heroin intoxication. The case was closed. No charges were brought against Brian Padgett.