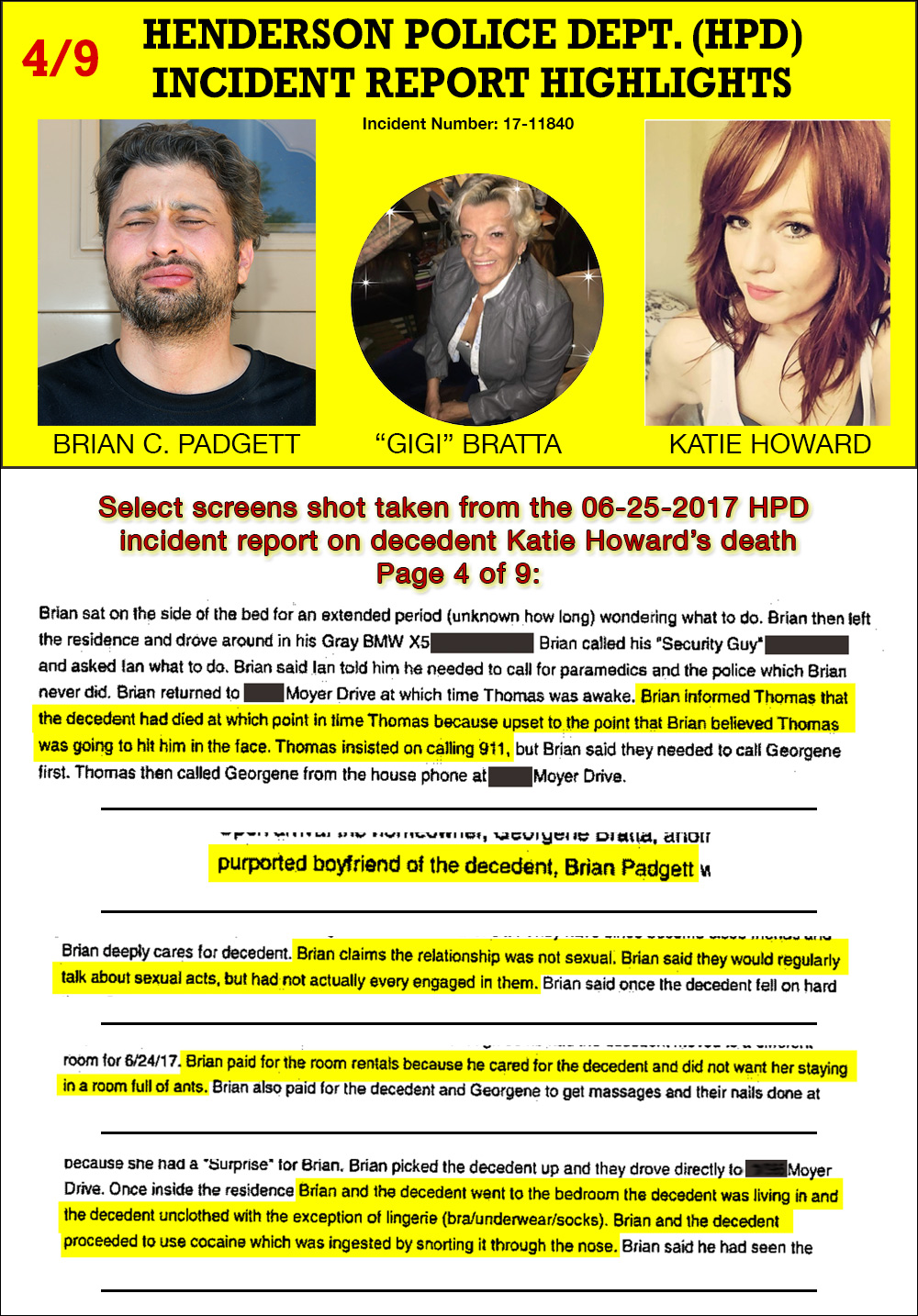 And the full page 4 of the 9-page Henderson Police Department incident report from 06/25/3017: 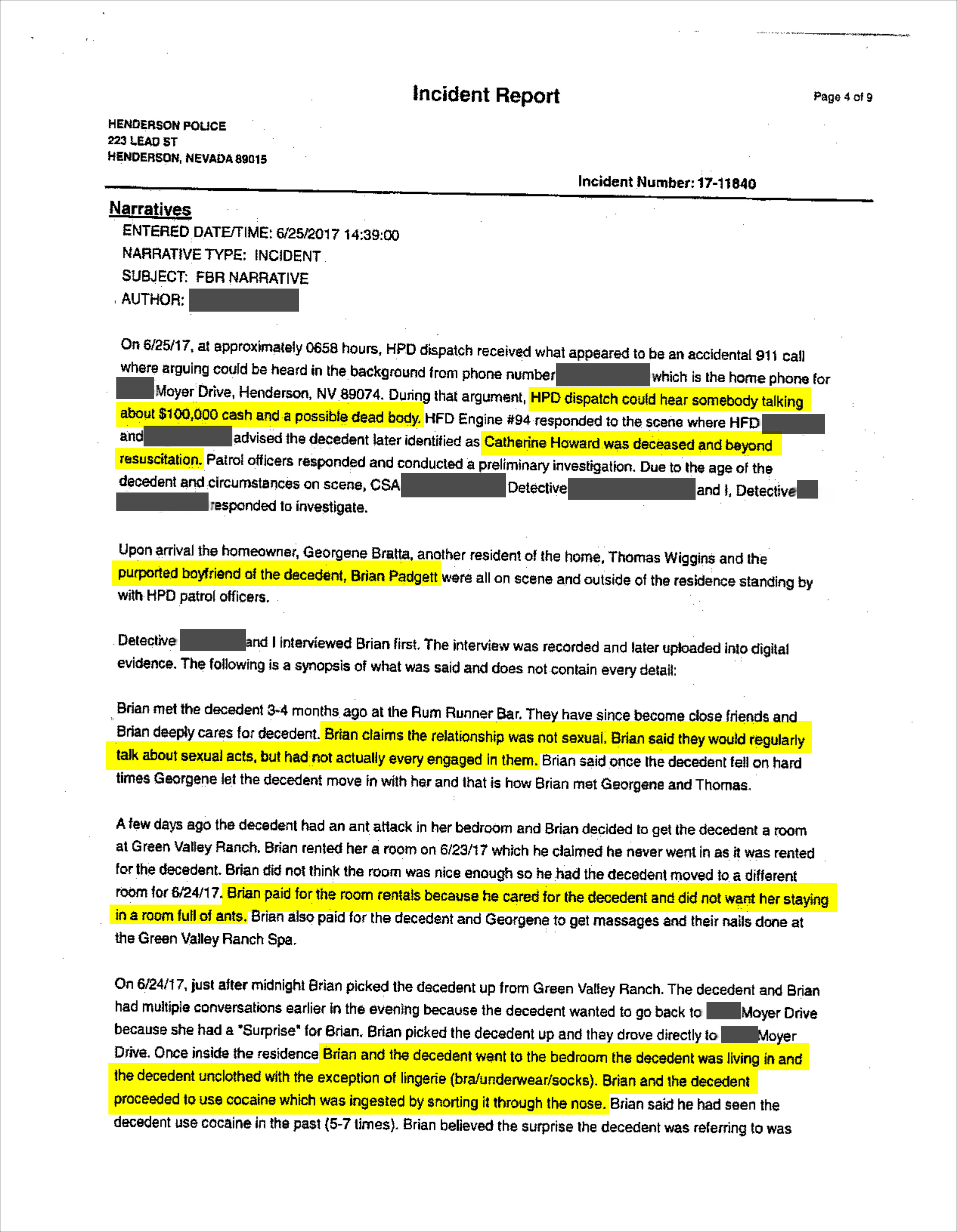 And the full page 5 of the 9-page Henderson Police Department incident report from 06/25/3017: 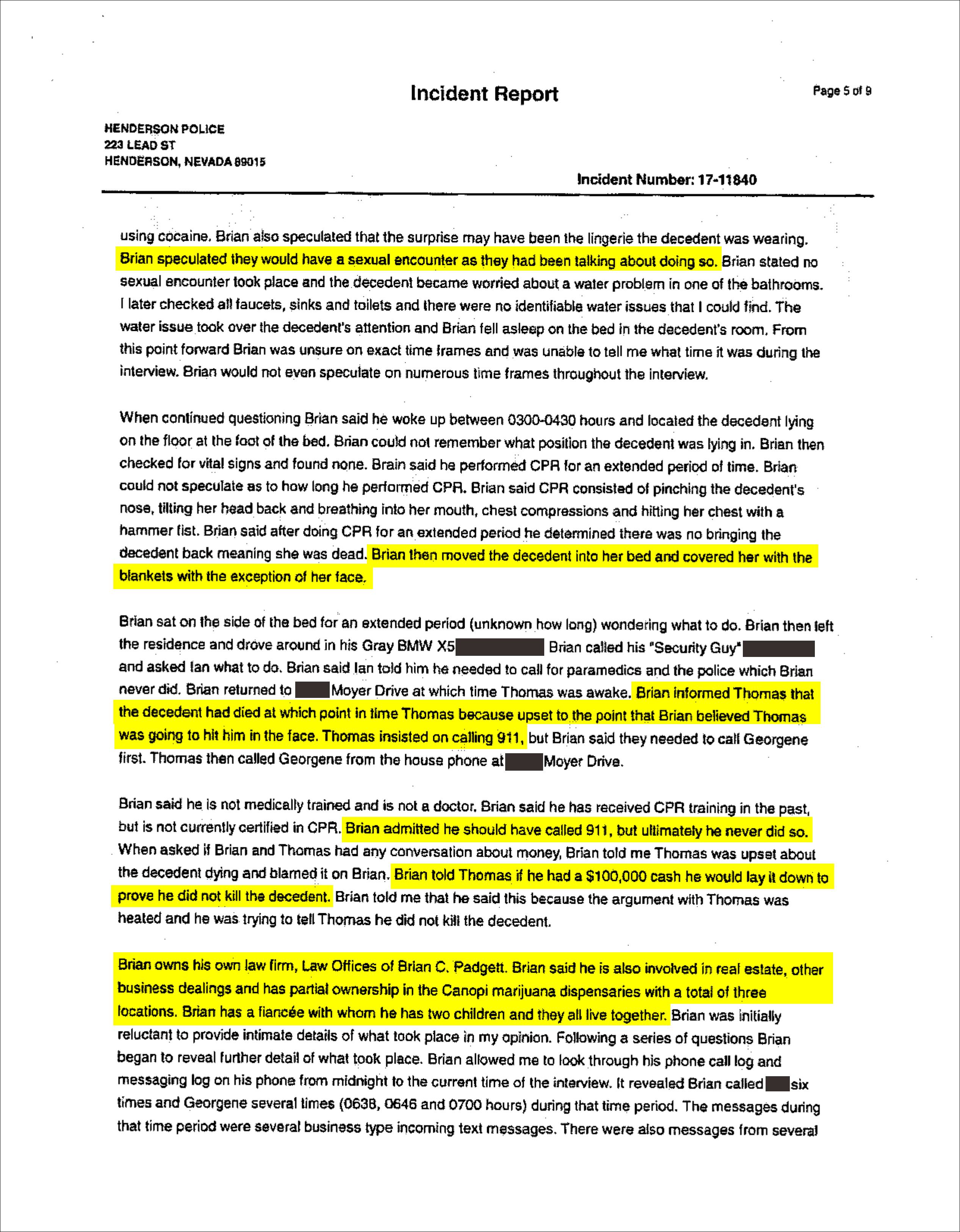 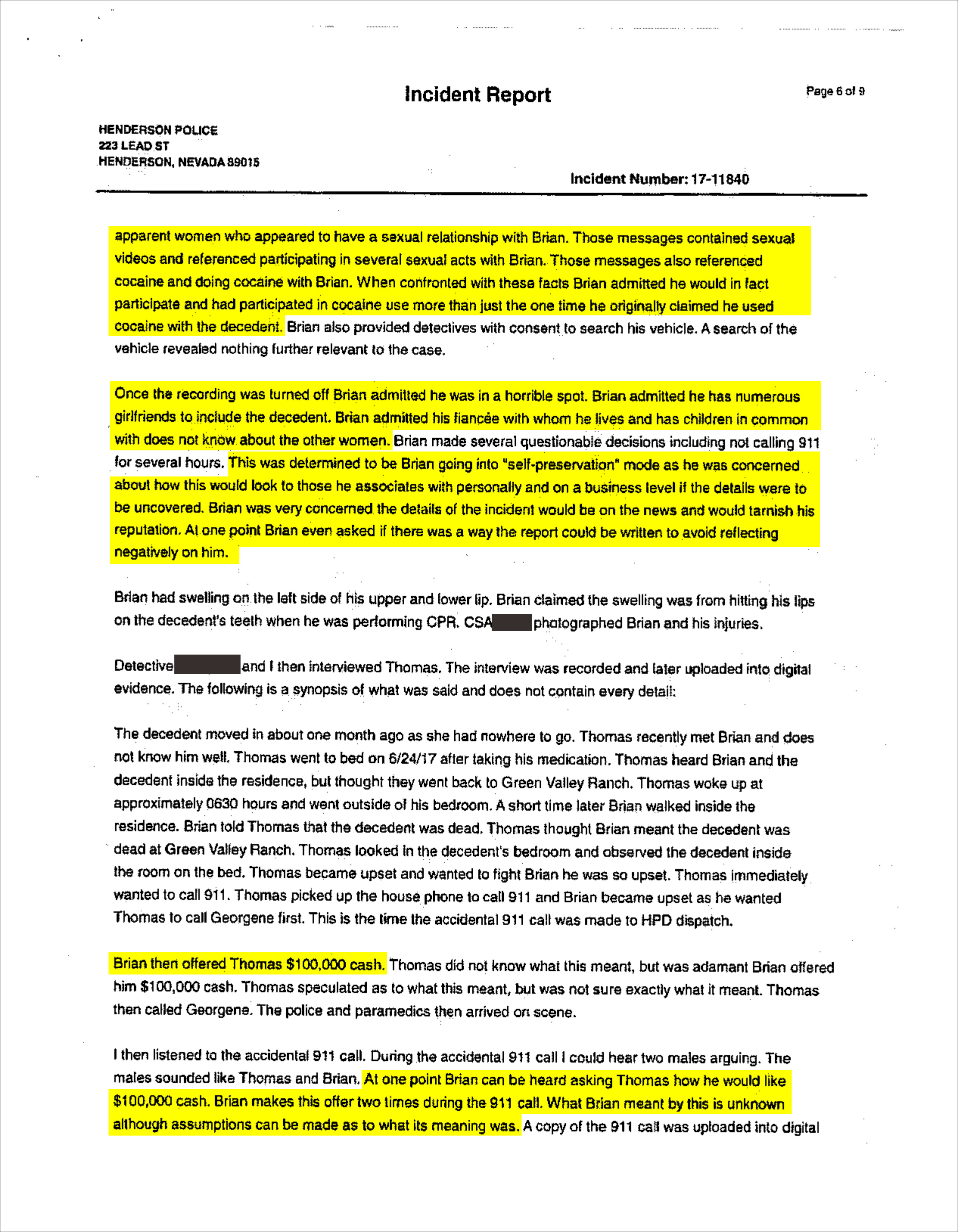 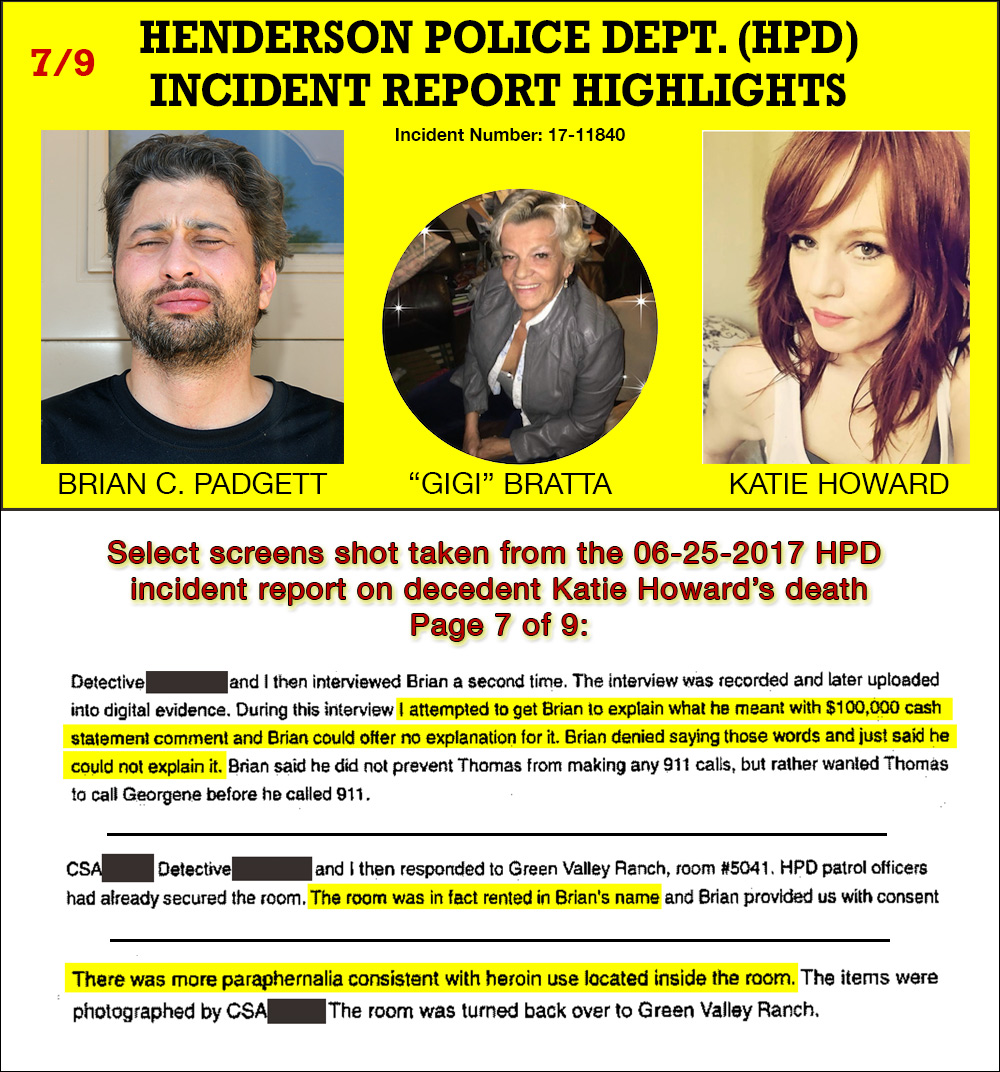 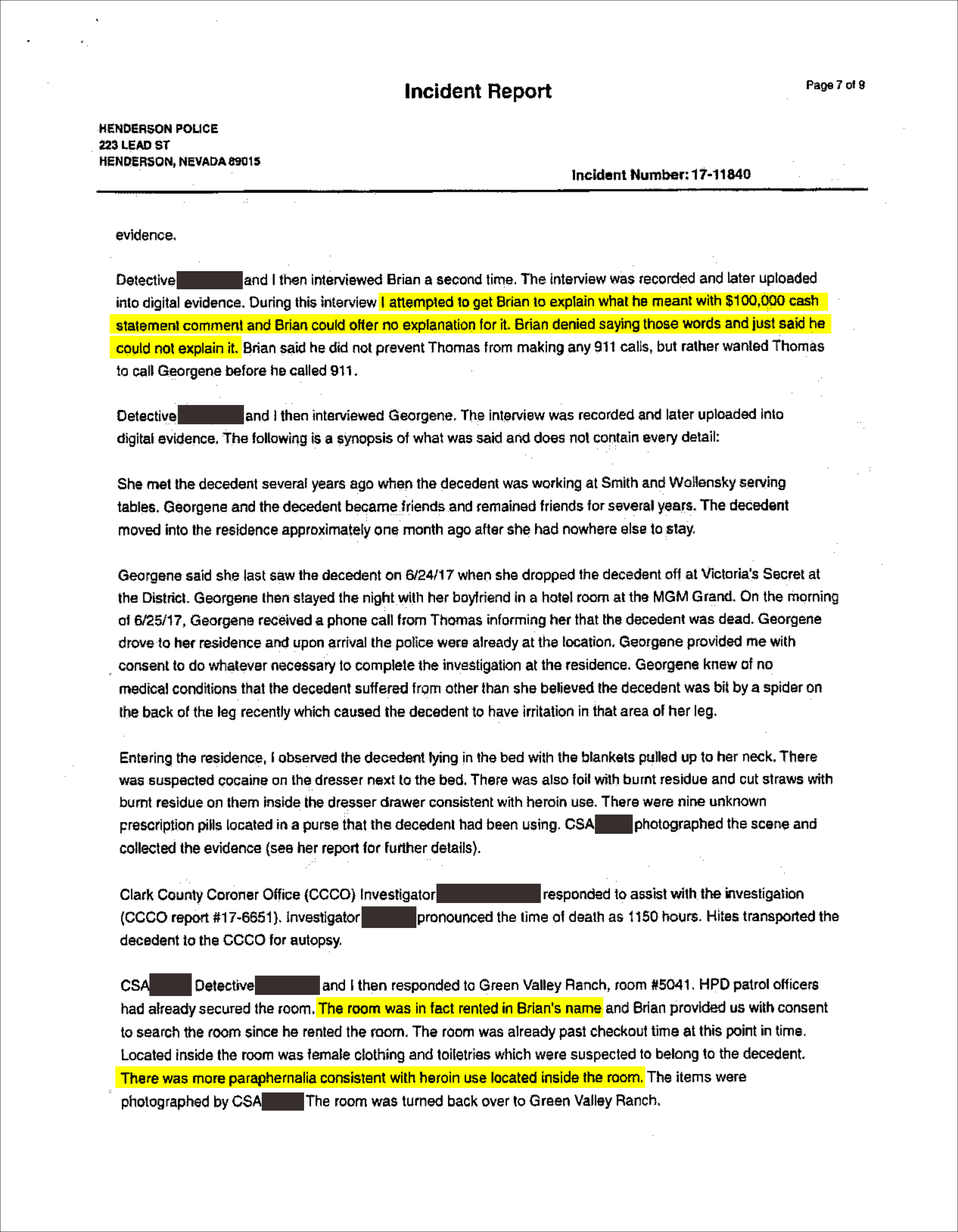 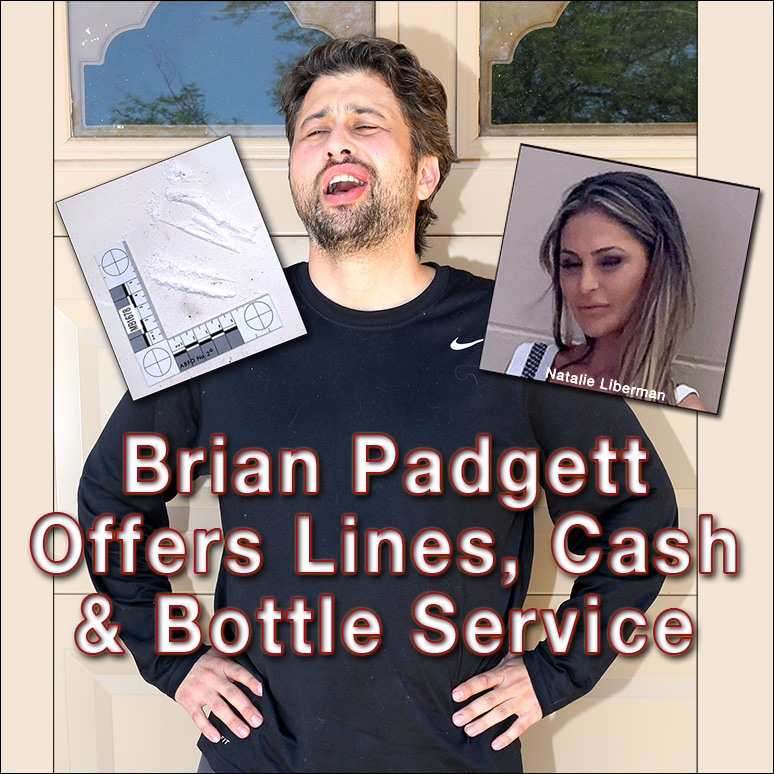 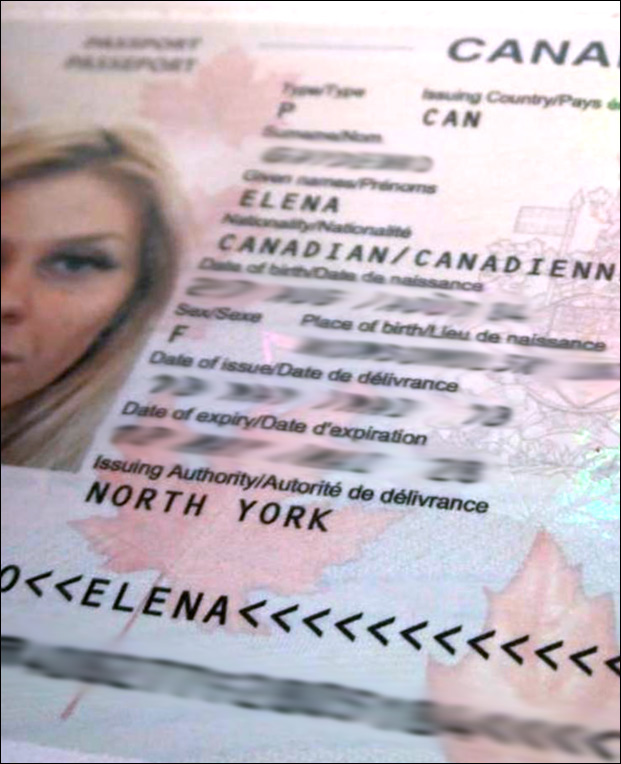 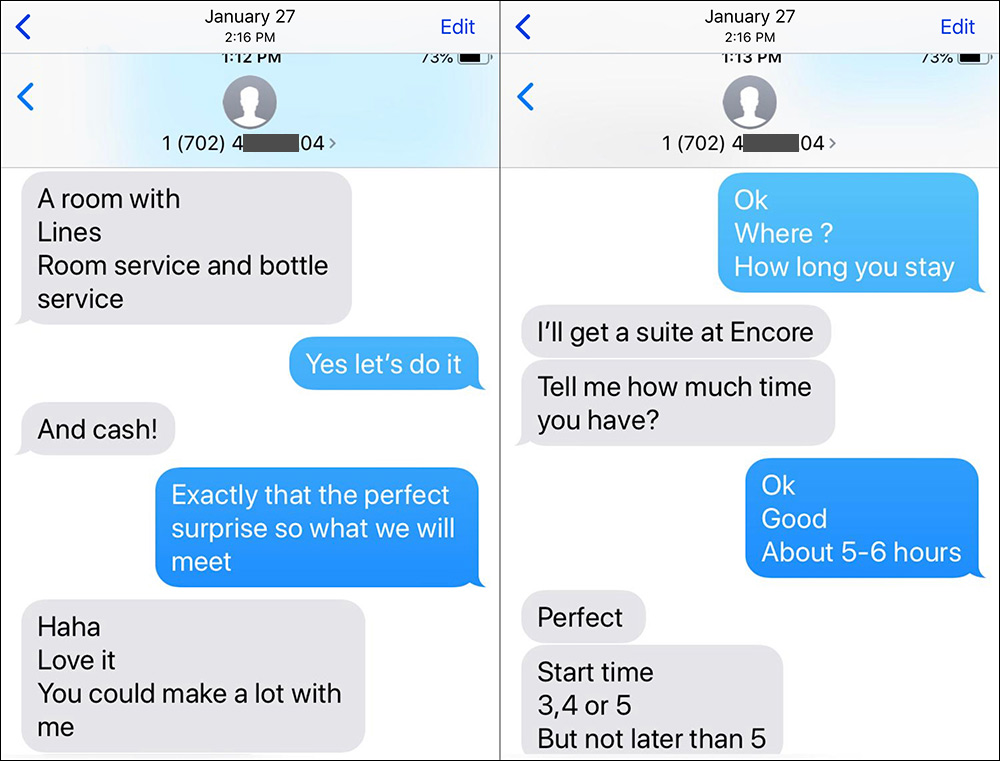 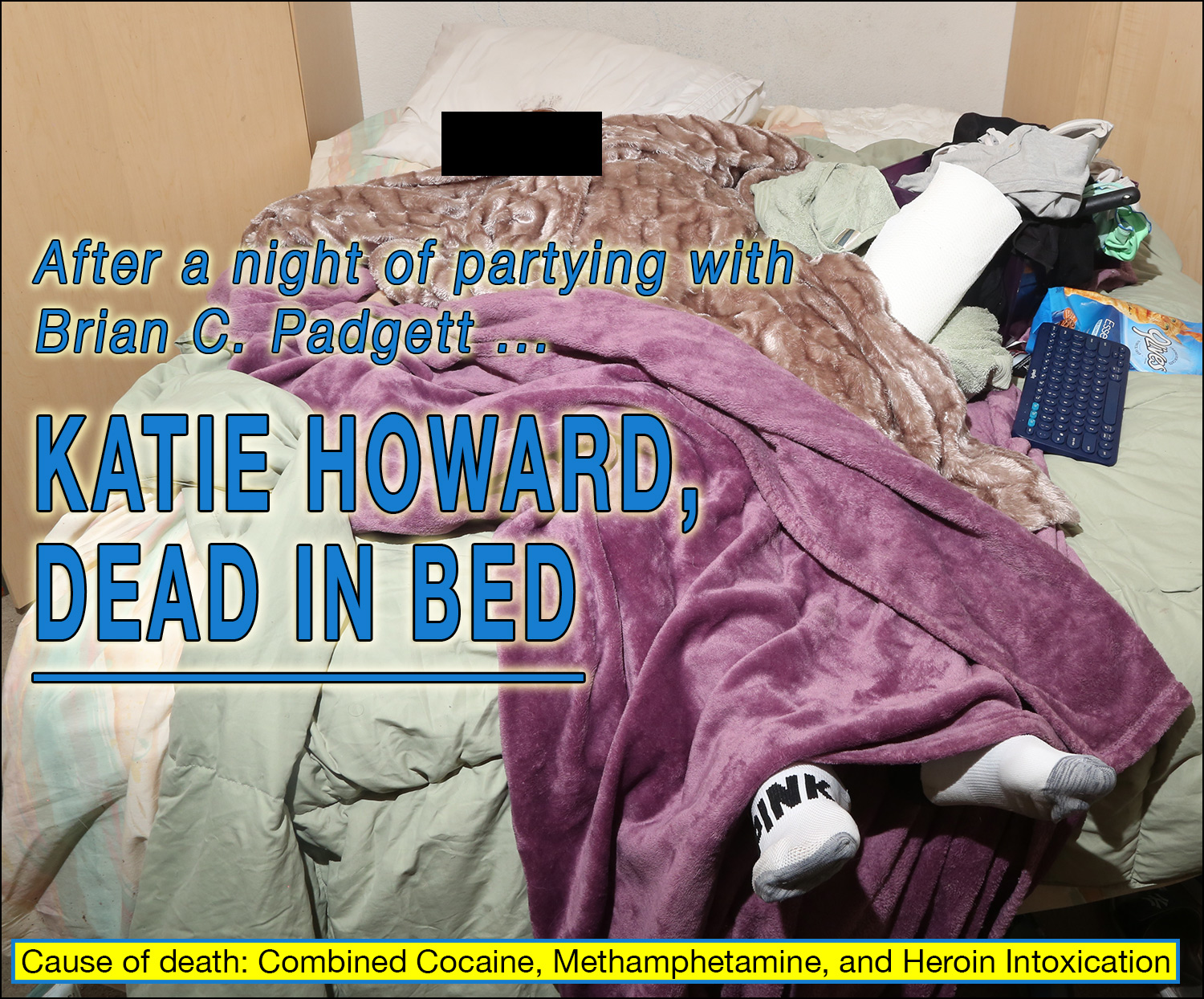 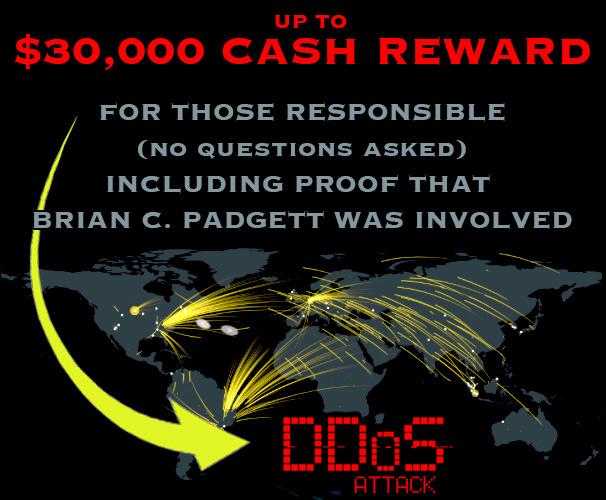 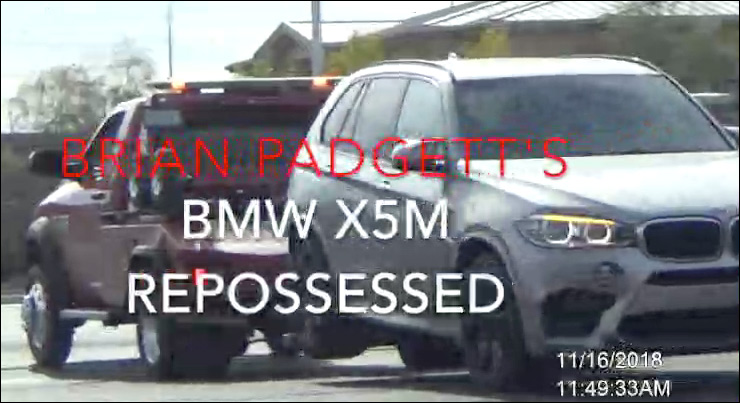 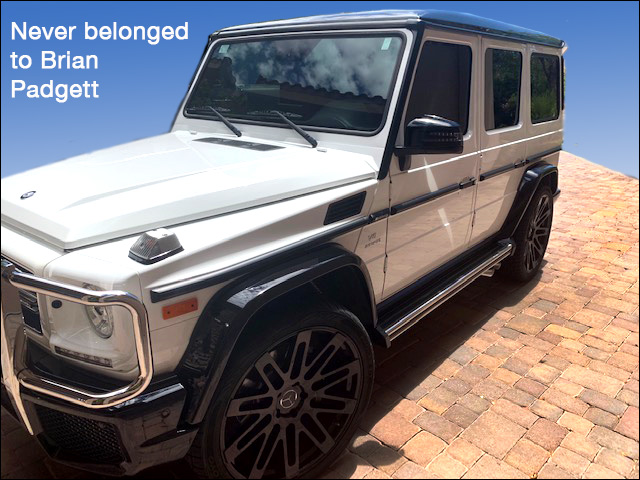 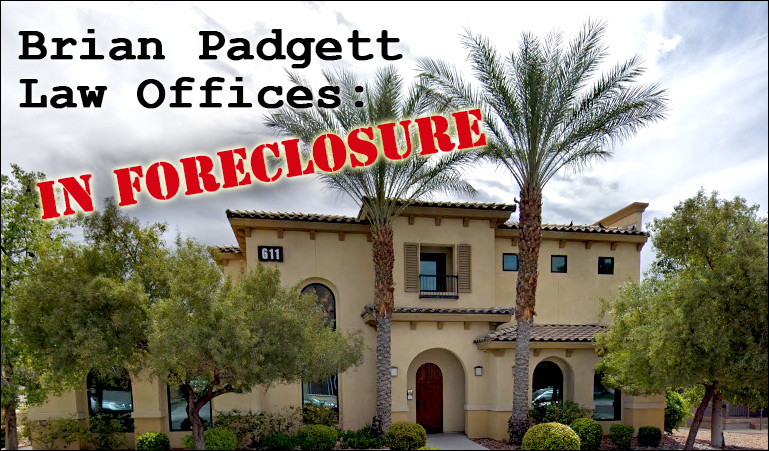 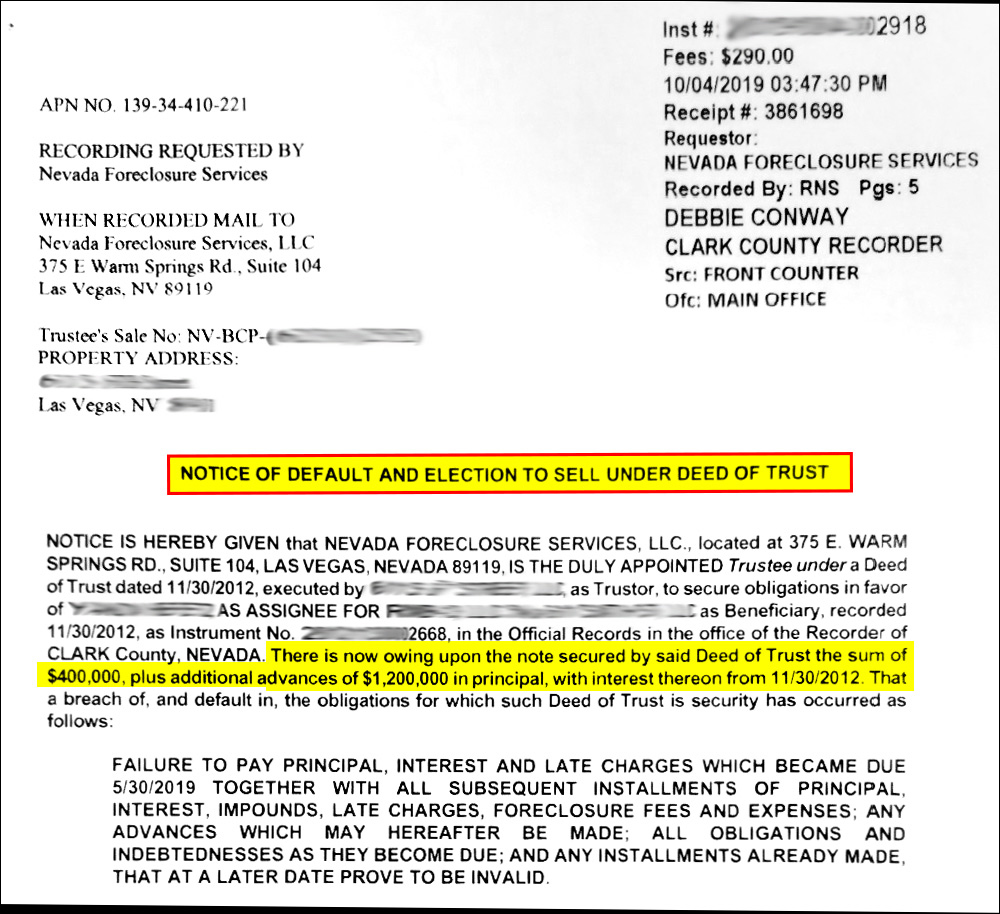